This past April I visited Japan with my sister to show her a more rural side of the country. We had been working in Tokyo a few days and we were both looking forward to a couple of more quiet days. I remembered a place I hadn’t yet had the chance to visit, but which had been on my wish list for a long time. That’s how we ended up taking a three hour long train journey into the mountains: to see the wasabi fields next to the Japanese Alps. 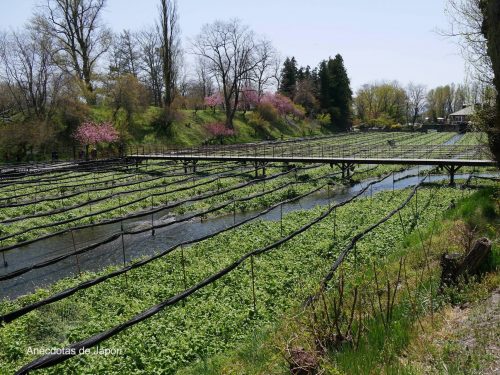 I’m sure many of you already know what wasabi is, that sharp tasting condiment often found in sushi and other Japanese dishes. Well, the truth is that wasabi is very difficult to cultivate because it requires careful attention and constant fresh water. Many restaurants in fact use horse radish instead of original wasabi!

These fields, near Matsumoto, are some of the biggest in the country and open to the public. 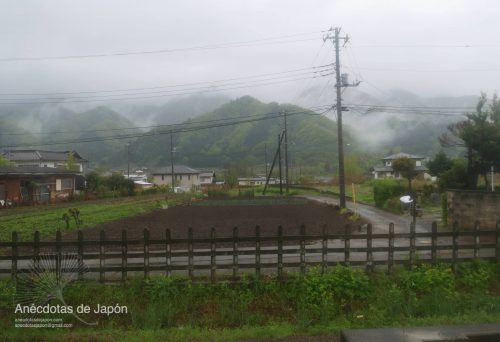 The train ride didn’t seem so long, with views like this

As soon as we exited the station, we were asked if we would like to rent some bikes and just a few moments later we were already leaving the town on two wheels and with a map stuck to my handle. Instead of cycling straight to the farm, we took the long way through the rice fields, visiting a couple temples and a tunnel of trees next to the river. It is possible to walk to the wasabi fields, but the bikes made a hot day very enjoyable. 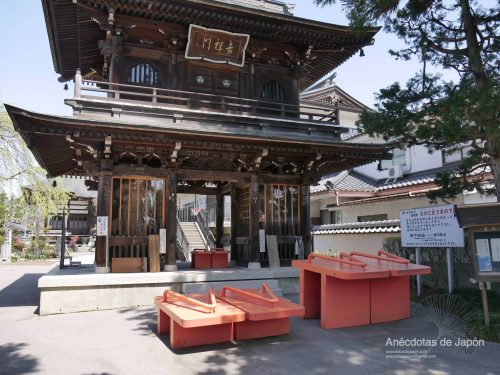 One of the temples. These shoes are worn by tengu, a legendary creature popular in Japanese folklore 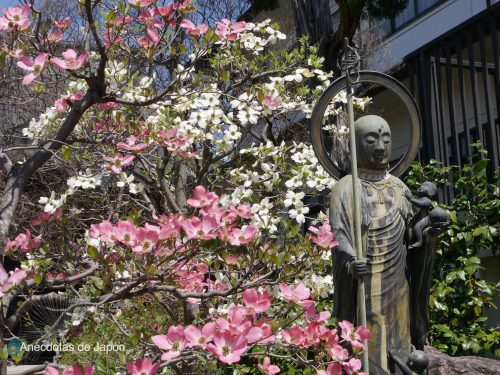 A statue of Jizo who, as I mentioned in my Nikko post, is the guardian of the dead and children. 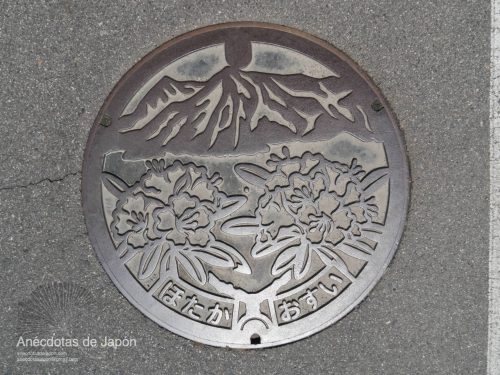 Manhole covers around town showed the Japanese Alps covered in snow, with flowers in the foreground 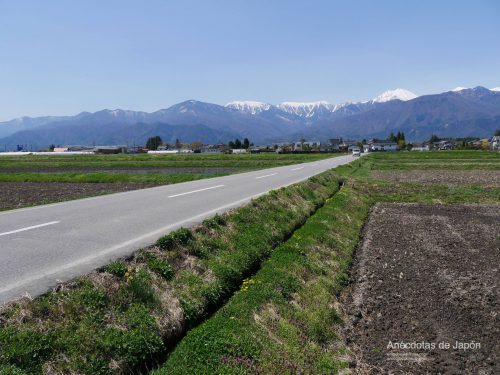 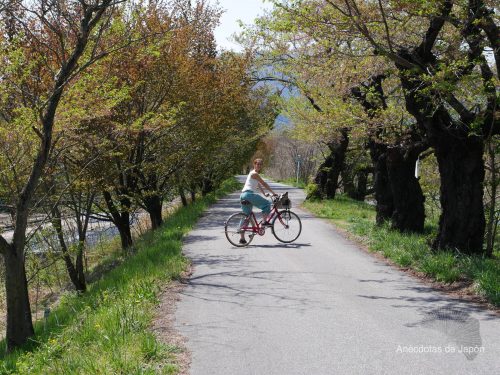 There were many frogs down by the river

The wasabi fields are free to enter, so we simply parked our bikes near the entrance and took one of the many paths crisscrossing the farm. Here come a few photos: 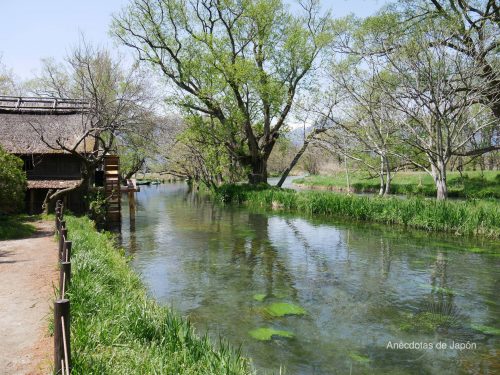 You might recognise this watermill from its appearance in the movie “Dreams” by Akira Kurosawa. Wasabi’s need for fresh water makes this a perfect location, the snow from the Alps flows down into this river as it melts. 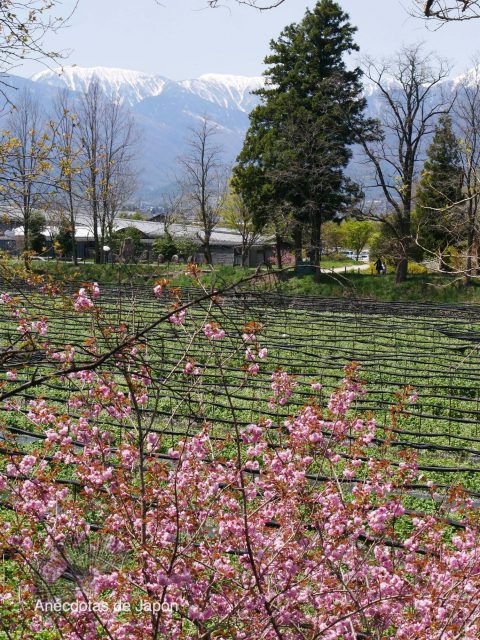 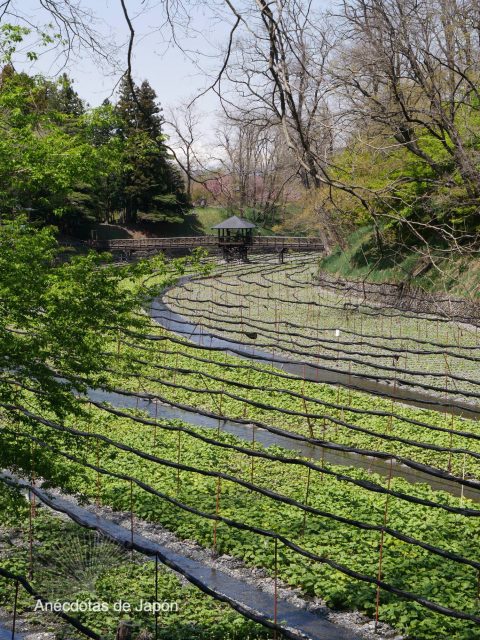 We had bought a bento in the city that morning for a picnic, but the more adventurous may prefer to go to the restaurant instead and try out wasabi noodles, wasabi rice, wasabi beer or even the “wasabi set” with various small wasabi dishes put together.

I had a go at the wasabi juice. It tasted like lemon juice but, when I mixed in the wasabi on top of the floating lemon, the drink started to sting… I had to try some wasabi ice-cream afterwards to try and smoothen the taste! 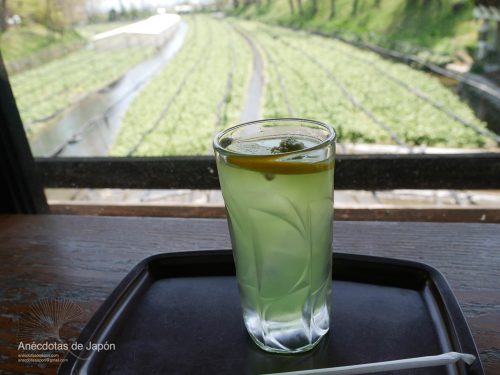 They also sell some fresh wasabi roots if you prefer something more simple. I also bought a snack for my family… of course, I didn’t tell them it was wasabi! 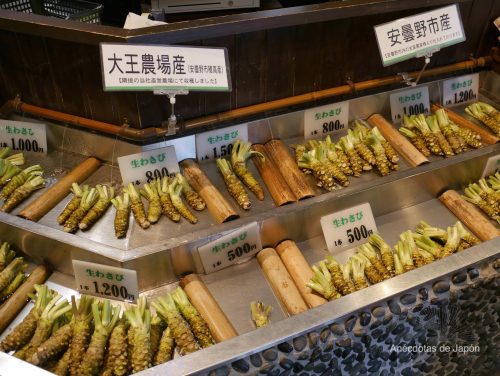 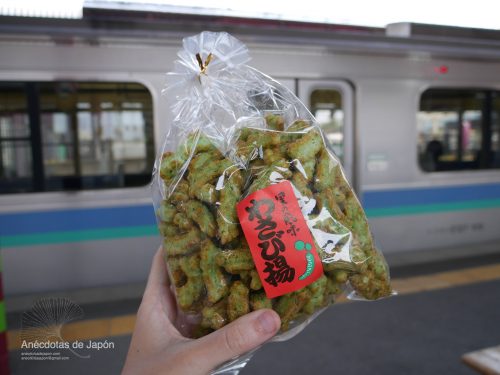 All in all, we had a great time. We decided to stay in the area a couple days longer to see some of the nearby towns. Renting bikes and braving some wasabi dishes is a good idea for those travelling with kids. 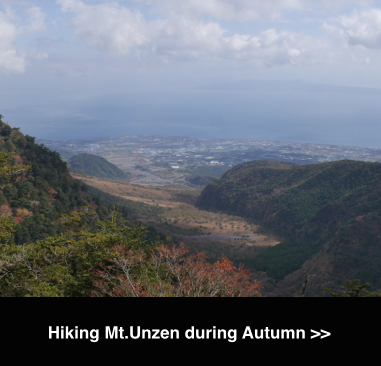