Japan has a surprising number of “Naked Man” festivals, most of which include thousands of men wearing little more than loincloths. For some reason, all of these festivals are scheduled in the colder months, earning the participants even more sympathy points as I huddle along in my jacket beside them. 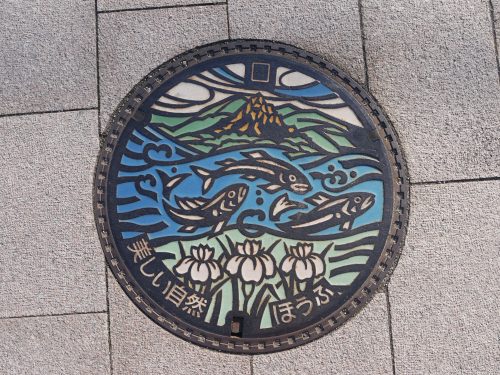 Hofu’s manhole cover was very beautiful, it’s been a while since I’ve seen any coloured ones! 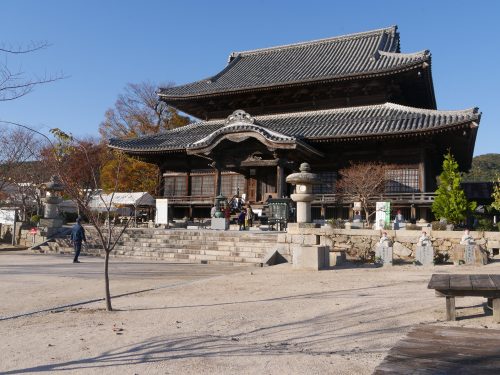 This year I visited Yamaguchi prefecture’s Naked Man Festival, known as Hadakanbo or Gojinkousai, and despite its name and its position as one of the “top 3” naked festivals in Japan, the participants are considerably more dressed than those at other similar festivals around the country. The uniform is a set of traditional white clothes worn in the past under a man’s kimono. 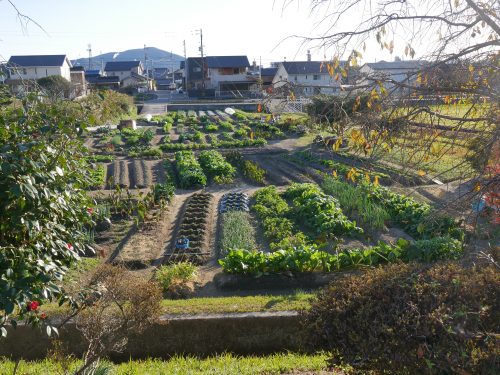 Hofu is a quiet city, so despite having an urban centre around the train station, there are plenty houses and greenery a bit further out. 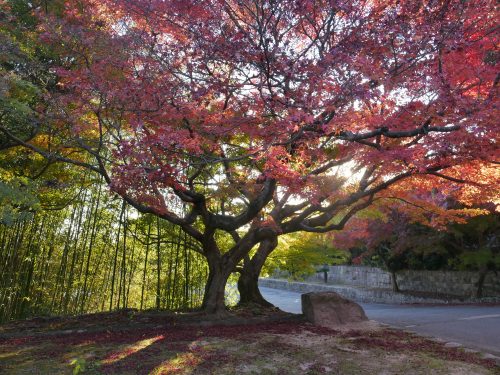 The festival didn’t start until after sunset so I arrived earlier in the day to see some of the sites around town. Hofu (and if you see the word “tofu” somewhere throughout this blog, please forgive me, the spelling corrector keeps changing the city’s name) isn’t really a tourist hotpot, but it has a couple of places worth seeing if you’re in the area. 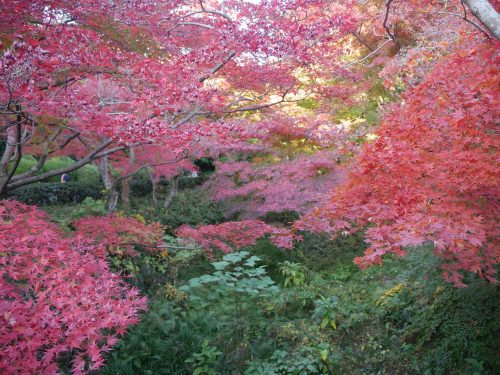 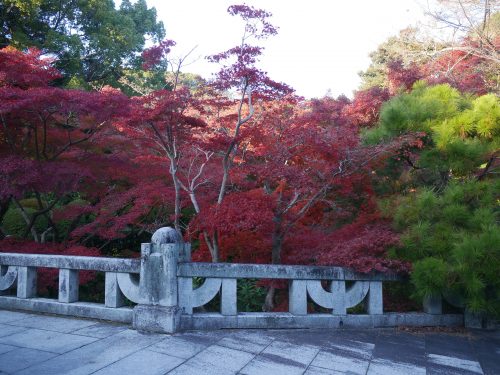 The main stop is Mori’s Garden. The Mori clan were once upon a time one of the strongest clans in Japan, their land including all of Yamaguchi and Hiroshima prefectures and parts of Shimane. But after their loss at the Battle of Sekigahara, they were relegated to Yamaguchi. They finally made Hagi the capital of their land, but gardens and old residences can be found in other cities of the prefecture. It’s the perfect spot to see autumn leaves! Hiroshima was the first castle I ever visited in Japan and was also built by the Mori clan, so I have a soft spot for them and enjoy visiting their sites. 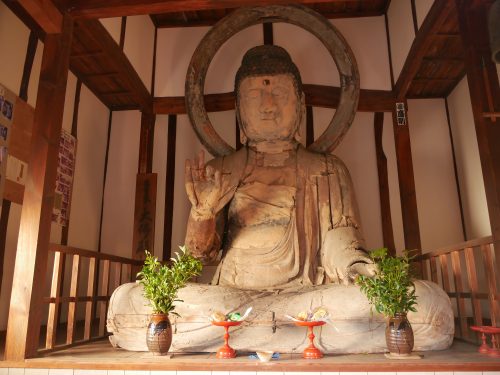 Hofu also has a big Buddha statue next to the garden. 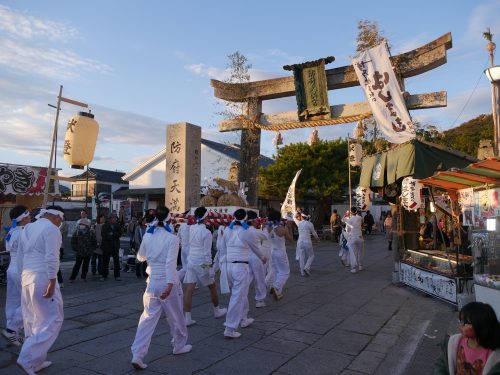 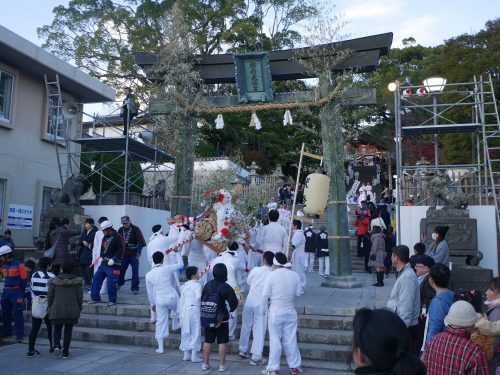 Over at Hofu Tenmangu shrine, where the festival would take place, people were starting to arrive. The main event started at 6pm, but during the day the participants carried up offerings to the shrine. There was a constant stream of new arrivals. 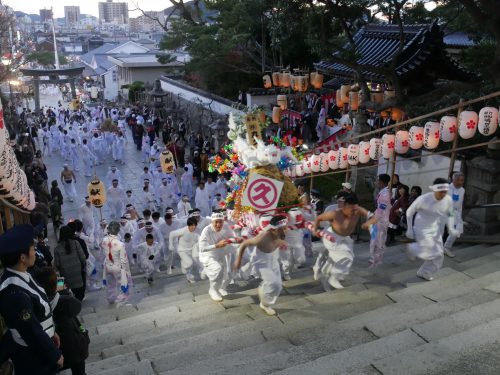 They had to run up the steps with them!

With some empty time on my hands, I walked around the shrine’s gardens and found a big hall with beautiful sunset views. There was a line of festival men waiting to get a stamp; whoever carries an offering up to the shrine gets a red flower on their clothes. Even though I wasn’t officially participating and wasn’t much of a helper, they stamped my cheek too! 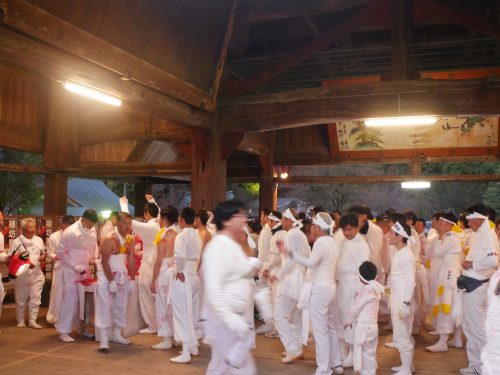 I explored a bit more and had some dinner: snacks from various food stalls. 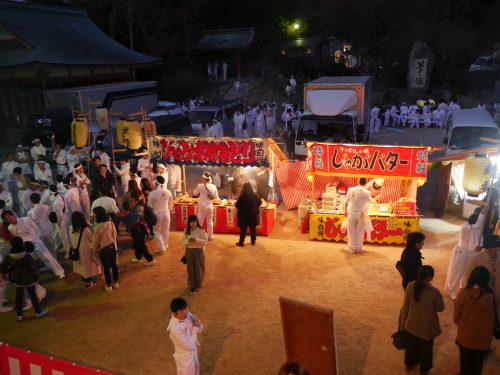 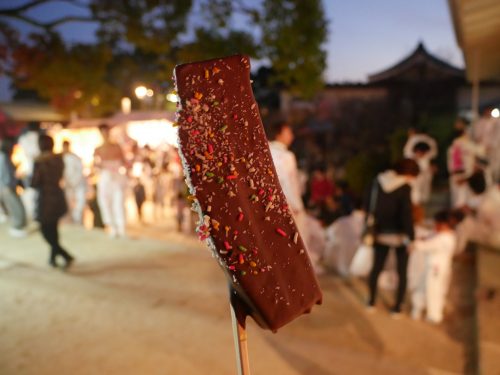 My favourite was this pineapple dipped in chocolate.

Finally the clock struck six and I tried to find a good spot to see the event. The good thing about being a tall foreigner is that I didn’t have to try too hard to see what was going on!

Men in white started pouring out of the shrine’s main gate with hundreds of paper lanterns and soon they dragged out a carriage, another offering but this time on wheels. The shrine has some steep steps up to the main hall and somehow they had to get to the bottom with the carriage. 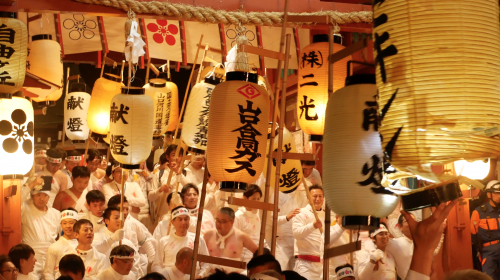 Take a guess how they did it… 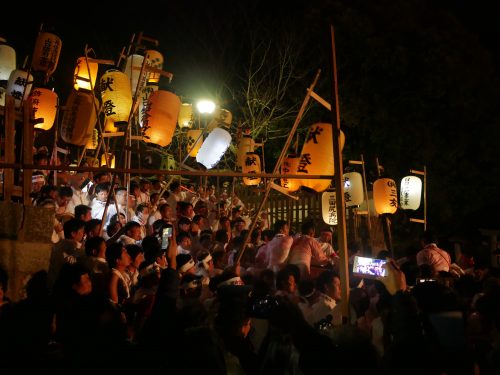 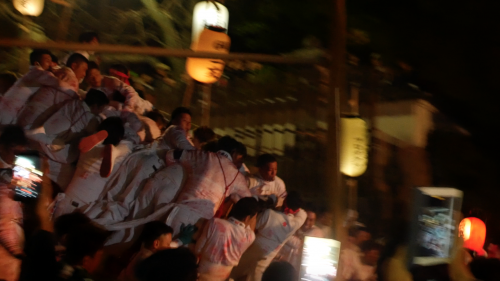 As a dozen men jumped on top of the offering on wheels, the rest simply pushed it forwards and let it drop! I definitely wouldn’t have wanted to be on that carriage, it looked pretty dangerous and was going down quickly! 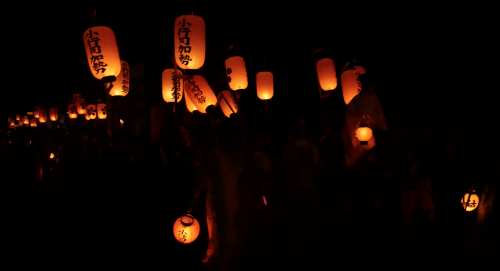 Once at the bottom, the men headed out down the streets, lighting the way with their lanterns in what looked like an ancient spirits’ procession. They would still spend a few hours outside, walking to the coastline and then back to the shrine, but I had seen enough and decided to head out for some proper dinner and then to bed for an early rise the next day.

Hadakanbo is one of my favourite festivals I’ve been to in Japan. It had the charm of many rural events, but was big enough to impress. And of course, lots of great food! I’m definitely circling the next Naked Festivals on my calendar. 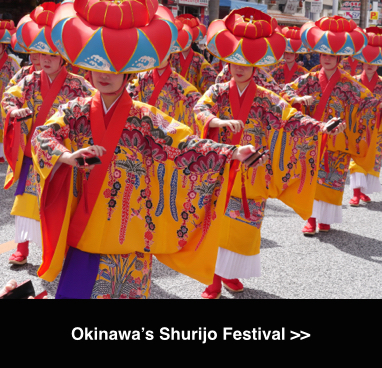 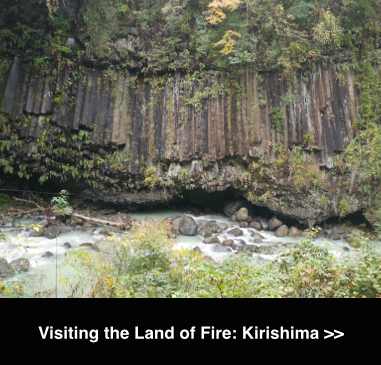